B​-​Sides and Other Things I Forgot 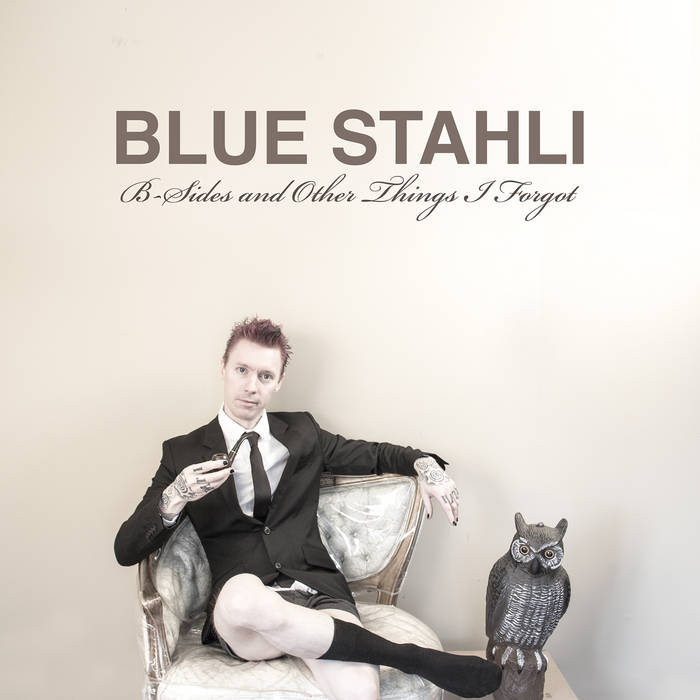 JeFfR3y An awesome album who kill me every Time. And the superb Takedown or the accoustic version of Scrape. It's just "très très bon". Favorite track: Kill Me Every Time (Hypnotic Mix).

Zbynek Novotny Somewhat more eclectic take on some of the stuff from Blue Stahli's self-titled first album with a helping of never-before-released tracks, kind of similar to his Antisleep albums. It's different but still very much Blue Stahli. :) Oh, and I would kill for a longer version of South American Slam version of "Kill Me Every Time." Favorite track: Kill Me Every Time (Hypnotic Mix).

In 2007, Bret Stahli arrived in Detroit, MI to create music under the tutelage of Klayton of Celldweller. Six years later, Bret has much to show for that fateful step north: a self-titled debut album of face- stomping, electronic-tinged alternative rock, three diverse volumes of instrumental soundtrack material (the Antisleep series), a season spent performing as one half of the live Celldweller show, and a ravenous fanbase begging for more.

Now Bret is closing the lid on this first 'era' of Blue Stahli as he writes songs for his second album and fashions a live show of his own. As a fond farewell to the years of creativity that brought him this far, Bret presents this collection of cast-offs, misfits, hidden treasures, and twinkly-eyed smirks. B-sides and Other Things I Forgot gathers fan favorites and previously unheard songs alike, from stray Antisleep compositions to alternate versions of album songs to covers of some of his own favorite tunes by IAMX and David Lynch.

From aggressive punk/metal and glitzy electro-funk to stark acoustic rock and surreal trip-hop, B-Sides and Other Things I Forgot shows off every facet of Blue Stahli's diverse sound and clears the table for the next several years of his ever-evolving songcraft.